8 reasons why parents choose to give their kids CBD 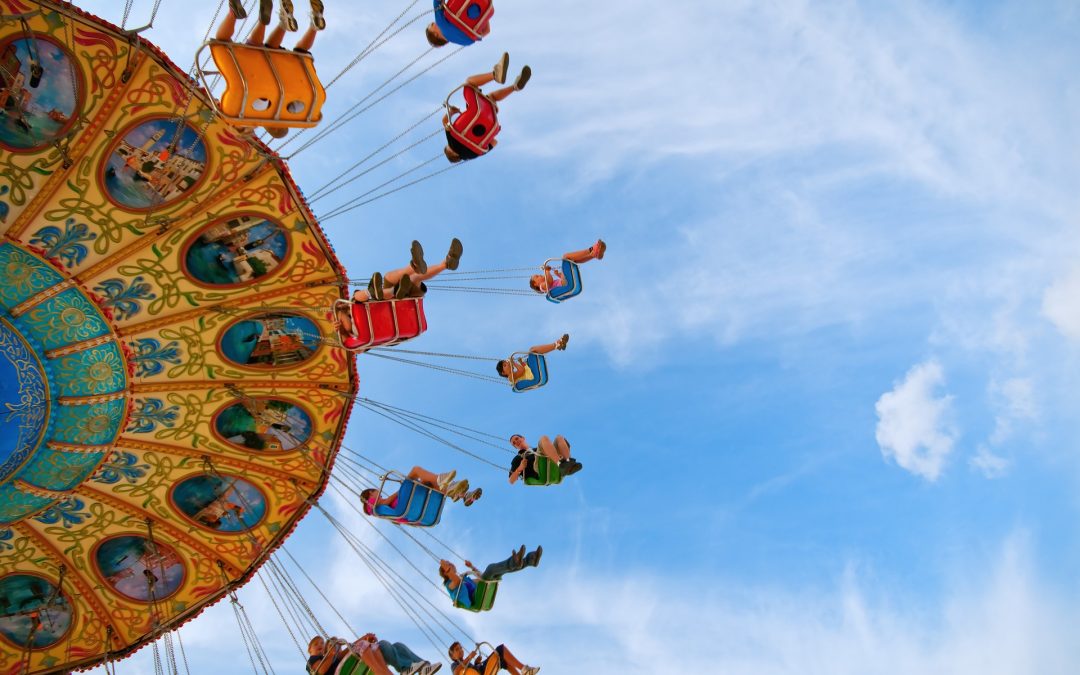 Why give your child CBD?

Children often experience anxiety – be it from, pressure at home or school, or difficulty making friends. This is normal, and most children manage to overcome them without the need for strong pharmaceutical medications.

However, CBD can be used to treat anxiety in the short term.

The substance works by increasing the activity of neurotransmitters in the brain, which is linked to lowering hyperactivity in the nervous system. It helps the mind to relax after a stressful event. 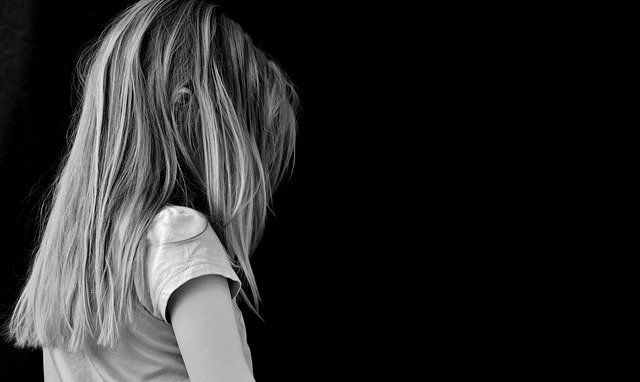 2. Child Epilepsy Seizures and the Use of CBD

One of the main reasons CBD has become so popular in recent years is its ability to treat epilepsy. Most of this research has been done using children as case studies – starting with a girl named Charlotte Figi.

From the time she was just 3 months old, Charlotte suffered from hundreds of small and large seizures a day. Pharmaceutical treatments proved ineffective, and by the age of 5 Charlotte had difficulty walking and talking and required a feeding tube.

After hearing about a family in California who treated their child’s seizures with oil from cannabis, Paige Figi (Charlottes Mum) began researching the possibility and soon contacted a Colorado Springs medical marijuana dispensary owner named Joel Stanley who, along with his brothers, had helped develop a strain of cannabis rich in cannabidiol, or CBD.

Charlotte’s story blew up in the media and has contributed greatly to the popularity of CBD today.

A considerable amount of research has been done on the use of CBD for epilepsy in both adults and children.

In recent years, CBD has caught the attention of medical researchers around the globe as a possible treatment for autism.

There is no cure for this disorder. However, there is a lot of room for improvement in managing symptoms – especially side effects such as anxiety, seizures, mood swings, and a higher potential for addictive behaviors. All of these symptoms are reduced with the use of CBD.

4. the effect of CBD on insomnia or sleep disorders

Perhaps the most common reason parents give CBD to their children is to treat insomnia or sleep disorders.

Overstimulation can cause many children to have difficulty shutting down at the end of the day. Their brains stay wired to bed for hours after spending so much time in front of screens at home and at school.

CBD is a great supplement to help with sleep. It doesn’t have a direct sedating effect, so you don’t have to worry about numbing your child. It simply slows down hyperactivity in the brain – giving your child the opportunity to relax and fall asleep naturally.

Attention Deficit Hyperactivity Disorder (ADHD) is a common neurological disorder that affects about 1 in 15 children in the Western world.

Current treatment options are mainly pharmaceutical. Stimulants such as Adderall and methylphenidate help with symptoms, but often come with a number of negative side effects. As a result, many parents are looking for natural alternative options instead.

CBD offers great help with ADHD symptoms. One of the main symptoms of ADHD is hyperactivity – something that CBD products are particularly good at alleviating.

The relaxing nature of CBD helps hyperactive children stay calm and alleviates common side effects like anxiety and insomnia. 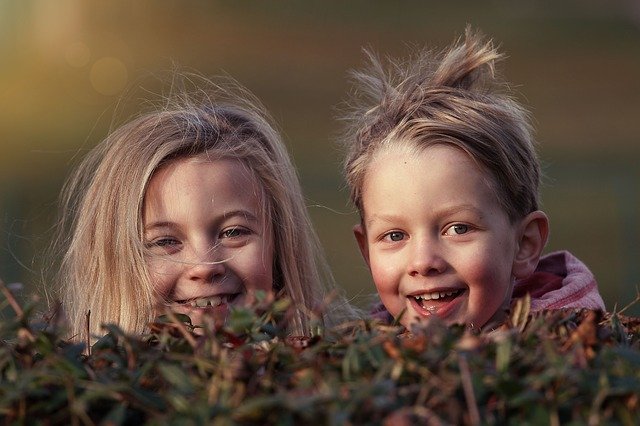 Asthma comes in many different forms, from mild to severe.

The underlying cause of asthma is inflammation and swelling of the airways. Medications like salbutamol are most commonly used to treat childhood asthma – however, these medications can develop a tolerance, meaning that the more your child takes them, the less effective they become over time. Eventually, you’ll need to increase the dose or find another medication to relieve symptoms.

CBD is a powerful anti-inflammatory that works on multiple inflammatory pathways. It works best as a preventative against asthma attacks rather than a direct “in-the-moment” help.

As a daily supplement, CBD is recommended to resist the immune activation that accompanies asthma. It also relaxes the muscles lining the airways and lowers stress levels – both of which contribute greatly to an asthmatic response.

Inside our ears is a unique set of nerves that are designed to relay messages to the brain regarding our connection to the ground. This helps us distinguish up from down and maintain our balance.

When this system stops working properly – which can happen if we sit in a car for too long or find ourselves on unstable surfaces like a boat – the brain panics and we feel nauseous. The brain is fooled into thinking we must have eaten something toxic, so it tries to get it out of the body by making us vomit.

CBD interacts closely with the endocannabinoid system by preventing the breakdown of our natural endocannabinoids. This effect is thought to be why CBD is so useful in relieving nausea.

It has even been shown to provide relief to cancer patients who experience extreme bouts of nausea after chemotherapy.

CBD products are great for skin conditions – both internally in the form of CBD oils or supplements, and externally as a balm or cream.

Dandruff, psoriasis, eczema, insect bites and minor cuts can all benefit from the anti-inflammatory and anti-injury (i.e. speeding up the healing process) effects of CBD products.

When it comes to topical CBD products, not all products are created equal. There are many poorly formulated products that contain irritating chemicals, low CBD content, or lack additional beneficial ingredients. So be sure to read the label carefully before using it on your child and yourself. 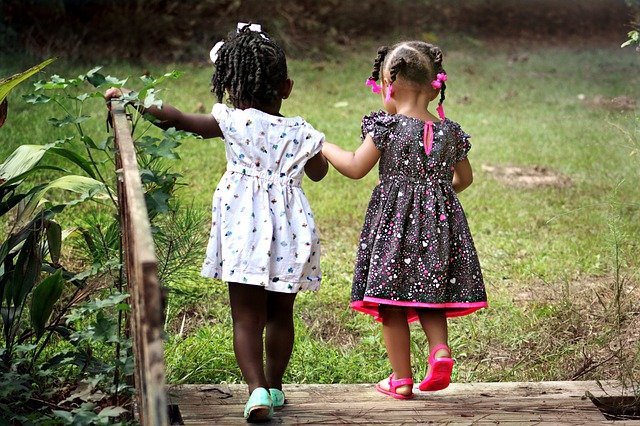 Due to the nature of cannabinoids and the complex way they interact with the body, there is no one-size-fits-all dosage for CBD oil for children or adults. Studies suggest that it is nearly impossible to take an unsafe amount of CBD. The best approach is to speak with your child’s doctor or an expert for further advice.

How to Calculate Children’s CBD dosage.

Children are much smaller than adults and tend to have significantly less body fat – which plays a big role in the effectiveness of a supplement or medication. In general, children are also often more sensitive to supplements, so it’s important to be well informed when giving them anything. The dose for children can vary greatly depending on their age and body weight.

Doses for children are easiest to calculate from adult doses, so the first step is to get a baseline.

Even for adults, the appropriate dose can vary widely. The biggest determining factor is weight and desired strength.

When choosing a CBD oil for children, aim for a low potency (300 mg or 500 mg bottles). This will allow you to measure small doses more easily.

Quick guide to CBD for kids

In summary – Is CBD safe for children?

We are not doctors and can’t promise you anything, but we answer the question: “Is CBD oil safe to give to children?” we would say YES.

Make sure you get a product that has been tested by an independent lab.
You should buy from a reputable CBD company.
Start with a low dosage and increase either the number or frequency of drops every few days until you see improvement.
Do this in conjunction with your doctor or an expert.

We all know by now that everyone is different and needs different solutions and dosages, but here you have a guided option to help your child  have a healthier and happier time and gain a quality of life they deserve.